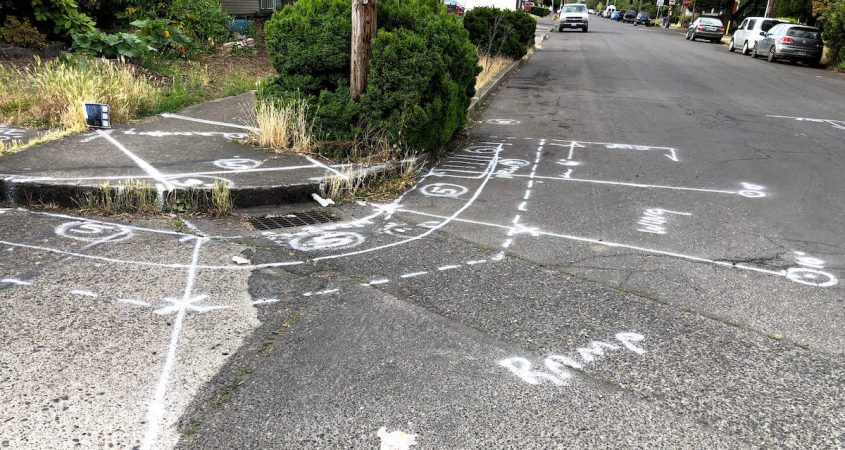 At this intersection, current sidewalk corners do not have ramps, having been constructed in 1915 and 1928 before they were standard. As a T-intersection, only two corners exist, and the opposite sidewalk on NE 80th has no curb-cut for pedestrians to use. The addition of an ADA compliant ramp on the west side of NE 80th looks to be part of this project. These upgrades will allow for pedestrians to smoothly navigate the intersection.

This segment on NE Couch Street has some historical lot alignment issues that created an awkward street. At one time, a building on the northeast corner of the intersection blocked NE Couch from expanding to the full road width. In 1950, construction of the current corner building allowed proper setbacks for widening the roadway. That road expansion has yet to occur. Now what would have been a sidewalk and street is instead a gravel parking lot for the building. Unfortunately, the street markings made in preparation for this roadwork, indicate that the roadway will remain in its skinny alignment.