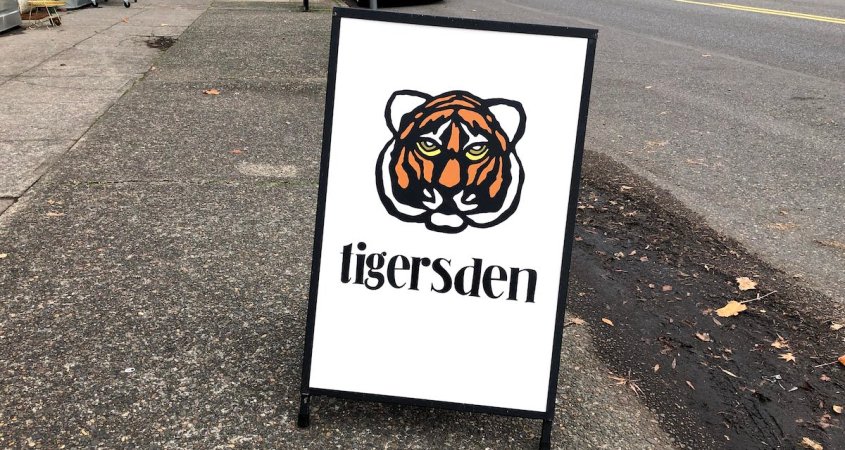 Tigersden Vintage recently moved into the storefront at 7035 NE Glisan Street. The vintage store has over five years of experience selling online with Etsy, eBay, and now a Shopify store. This year they opened the Montavilla shop on Glisan and are currently displaying merchandise street-side.

Tigersden Vintage describes itself as a curated clothing and home goods resale shop. Opening any brick-and-mortar store during a pandemic is challenging. However, this business has established roots in online sales, positioning it better than other local stores expanding into website retail for the first time.

The building is the former home of the 12 X 12 Club, an establishment offering meeting space for 12-Step Recovery programs. Founded in 1990, the non-profit organization used this location to support people in recovery through a host of services. An established recovery community took root at this storefront, as did other businesses before it.

The building’s origin begins in 1917 at the hands of the first occupants. The Schultz brothers built this two-story building to house their plumbing business. Schultz Bros. Plumbing operated at this location from construction through the 1920s. The business owners potentially lived above the store during those years.

The property had an address of 1807 E Glisan Street before being renumbered in the 1930s. The Morning Oregonian on May 25th of 1916 recorded the original construction price for the building. “SCHULTZ BROS. – Erect two-story frame dwelling, 1807 East Glisan street, between East Seventieth and East Seventy-first streets: builder, same: $1800” By March 4th, 1917, the brothers posted their first advertisement for services in The Oregon daily journal. “SCHULTZ BROS., 1807 E. Glisan St. Tabor 1154. Also Supplies”

On October 20th of 1919, The Oregon daily journal listed $100 worth of repairs to the store. Although listed as a repair, that description also applied to other building upgrades. As with the building’s construction, the brothers list themselves as the contractors performing work. Early in the 1920s, the business became a member of the Portland Master Plumbers Association. The brothers’ affiliation is advertised in The Oregon daily journal of July 5th, 1922.

Also, in 1922, The Oregon daily journal from August 2nd has a posting offering a reward for a lost item. “Lost – Khaki-colored auto tent between Portland and Cascade Locks. Liberal reward. 1807 E. Glisan Phone Tabor 1154.” Auto Tents were an early version of camping trailers designed to fit inside or attache to cars. They offered roadside camping to car owners and could cost a considerable amount. This post hints at the brothers’ recreational activities and demonstrates a level of financial success.

Schultz Bros. Plumbing quietly disappeared from records after 1924 when W. J. Schultz sold his interest in the business to George F. Schultz. In 1964 new owners are listed on a plumbing permit for the building. The history of businesses at this address begins again with the 12 X 12 Club, and now Tigersden Vintage.

It seems fitting that a vintage shop would take residence in a centuries-old building. Beyond its appropriate placement, having an active storefront in that location helps Glisan grow as a shopping and dining destination. Visit Tigersden Vintage Tuesday through Thursday, Saturday, and Sunday between 11 AM to 7 PM. Or online at tigersdenvintage.com. 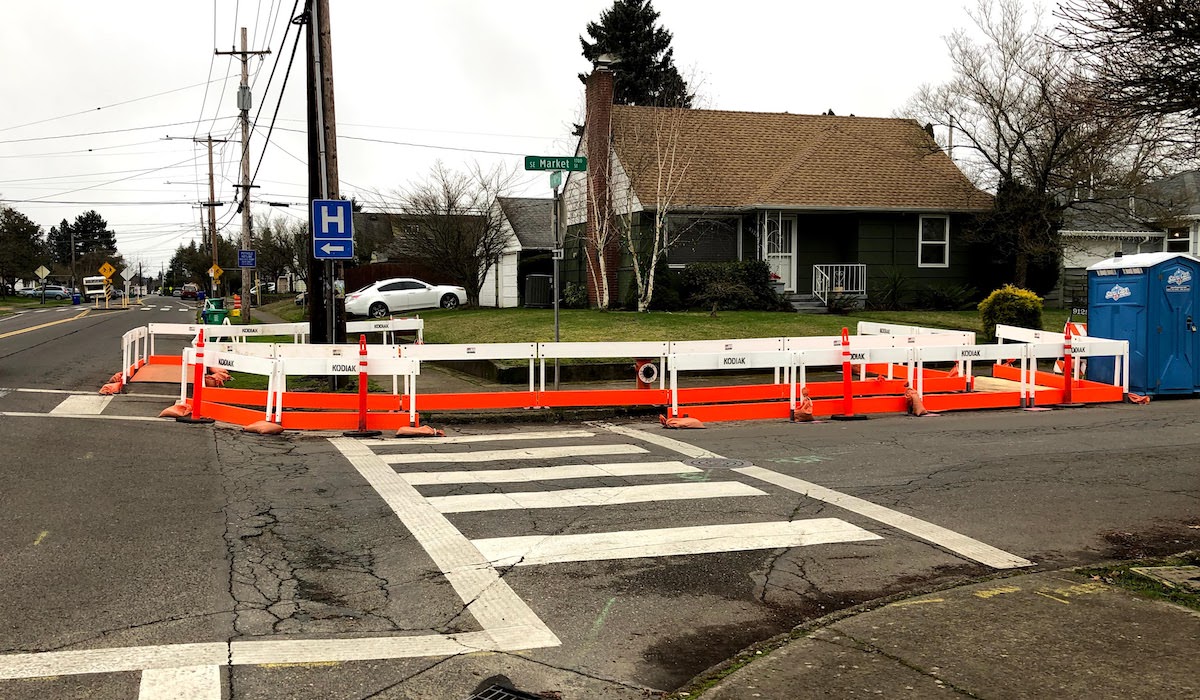 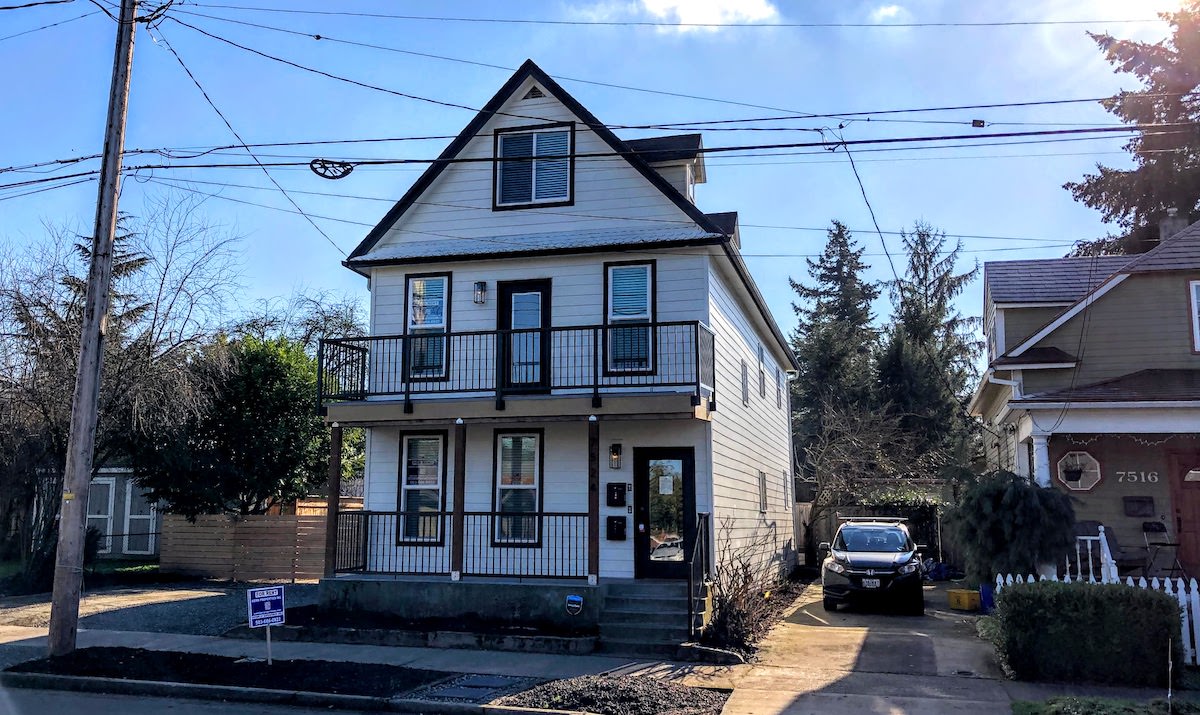 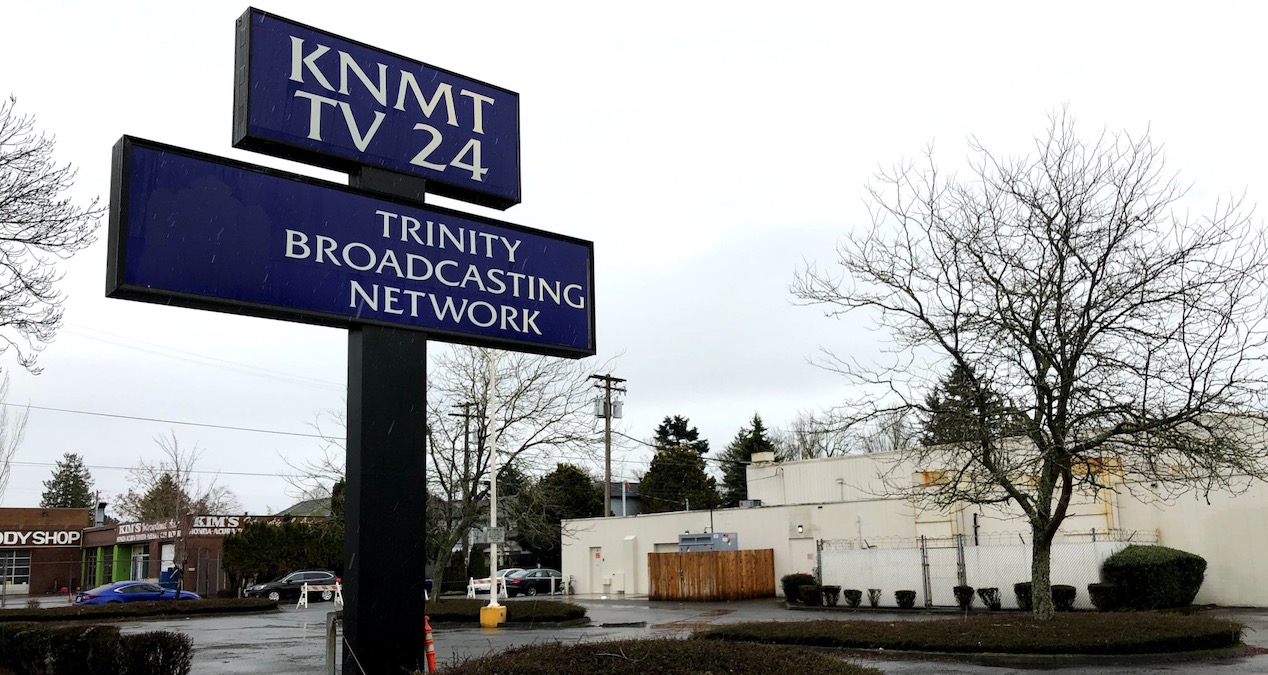 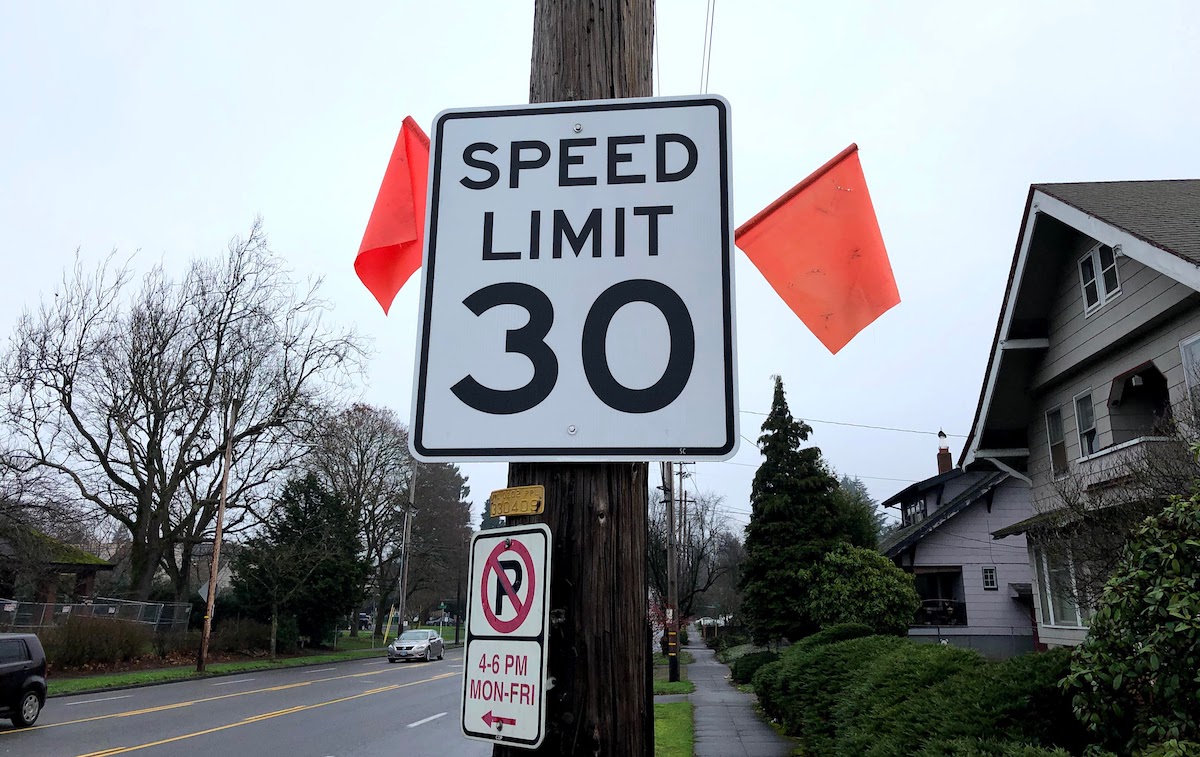