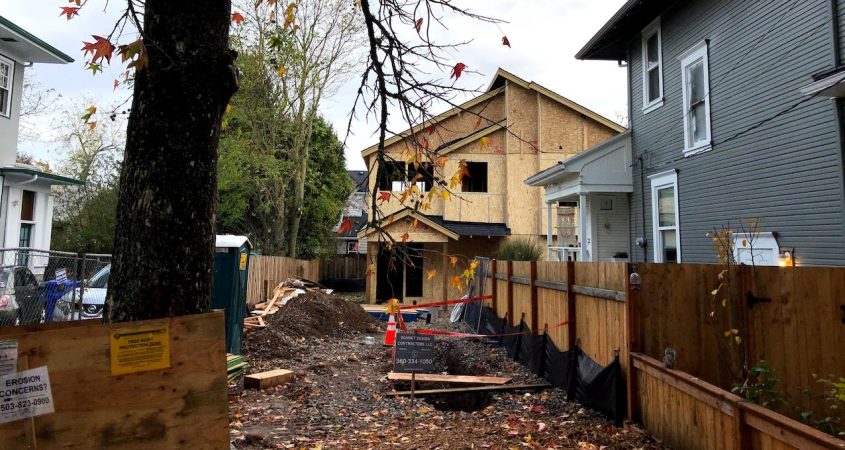 UPDATE – Framing on the single-family house with ADU project at 342 NE 78th Ave is complete. Soon windows and siding will cover the building, making way for interior work.

The single-family house with ADU project at 342 NE 78th Ave has started site grading ahead of construction. Unlike the conventional implementation of an Accessary Dwelling Unit (ADU), these two homes will be roughly equivalent in layout.

As required, the ADU is smaller than the main house with 650 square feet of floor space. The larger half of this structure is around 860 square feet. They connect along the ADU’s entire long edge, forming left and right halves to the building. Both are two stories tall with two bedrooms and no garage. Both residences’ entrance shares the same front porch located in front of the ADU on the left half.

The ADU’s front door opens to the living room and kitchen. There is an L-Shaped stairway to the right, leading to the second floor. The kitchen area lines the back wall and has a sliding glass door to the left. To the right of the kitchen is a half bath and storage closet tucked under the stairs. The second floor in the ADU has two bedrooms, a laundry closet, and a full bathroom. The frontmost bedroom has a walk-in closet.

The primary home’s front door is on the right side of the porch. Inside the door, there is a straight stairway to the left leading up to the second floor. Ahead there is an L-shaped kitchen area. Walking through the kitchen leads to the open living space with a sliding glass door at the rear. To the left of the living room is a half bath and storage closet under the stairs. On the second floor, there are two bedrooms. A shared 3/4 bathroom, laundry closet, and linen closet occupy the remainder of the second floor. As with the ADU, the front bedroom has a walk-in closet.

Having both units this similar is an uncommon choice and could indicate intent for all units to rent. Homebuyers looking for an ADU often desire the added revenue from renting the unit. Sometimes ADUs allow multi-generation families to live together with autonomy. In both cases, the ADU has been much smaller than the primary residence and often only one level. This novel design’s popularity and function will be interesting to follow and could represent a shift in housing density in the future. 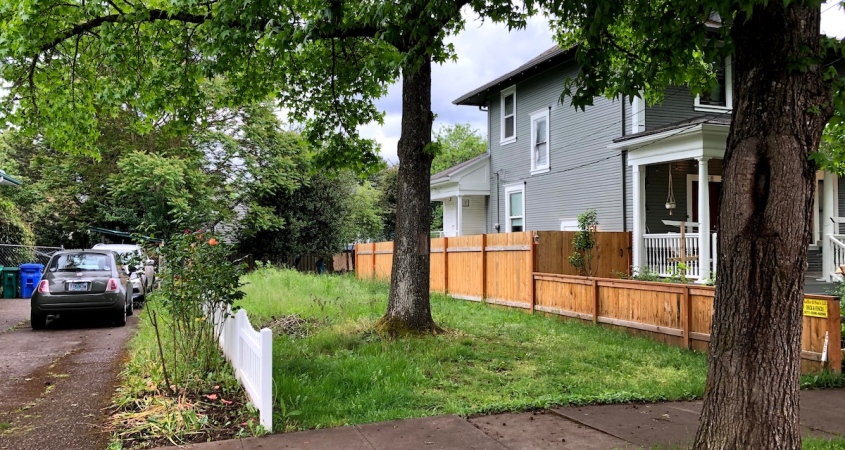 A new Single Family home, with attached Accessory Dwelling Unit (ADU), is proposed for NE 78th Ave. The building permit application seeks to build on a recently created flag lot. The new property was created by dividing 338 NE 78th Ave, prior to its most recent sale.

There is no garage planed for the new two story building. Possibly because of the mature trees that are blocking a clear path to where the structure will be constructed. The lot and house have not yet received a street number. The application only lists NE 78th Ave as the address.

More should be known when the building permit application is approved and construction begins. Flag lot construction is a good method to add housing density without crowding the existing houses. It should be a welcomed addition of single family housing and an apartment.

UPDATED – This article was updated with the email response from Dez Development, correcting an earlier version, stating they were involved in the future construction on the property. 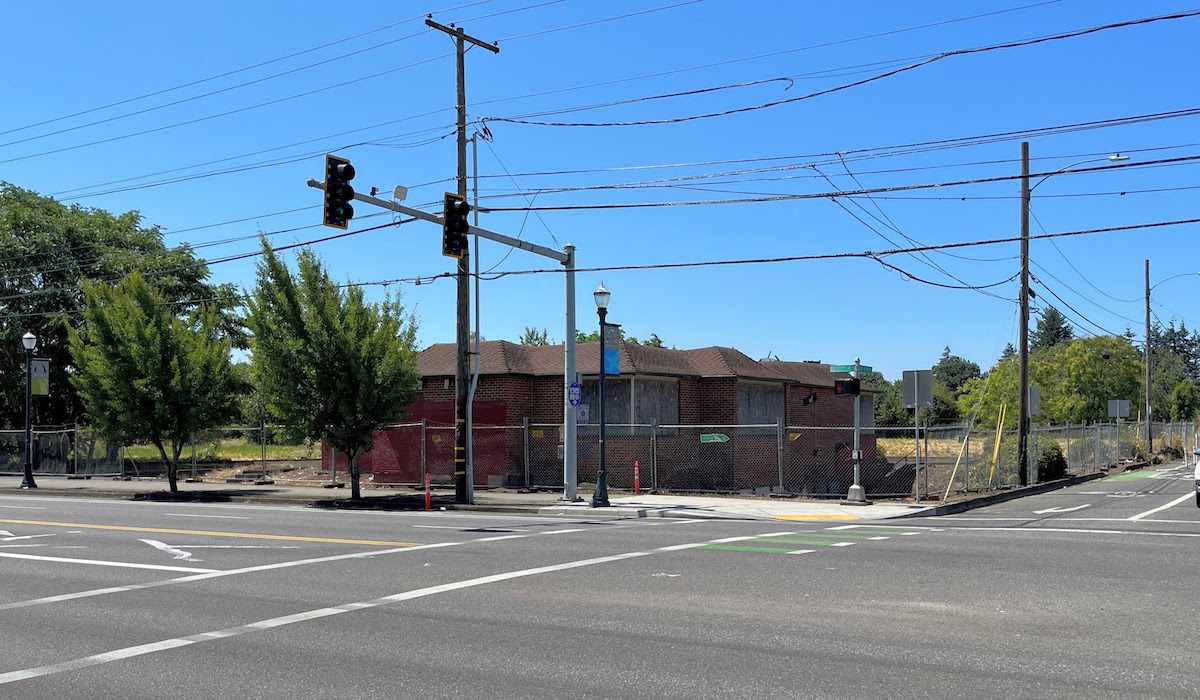 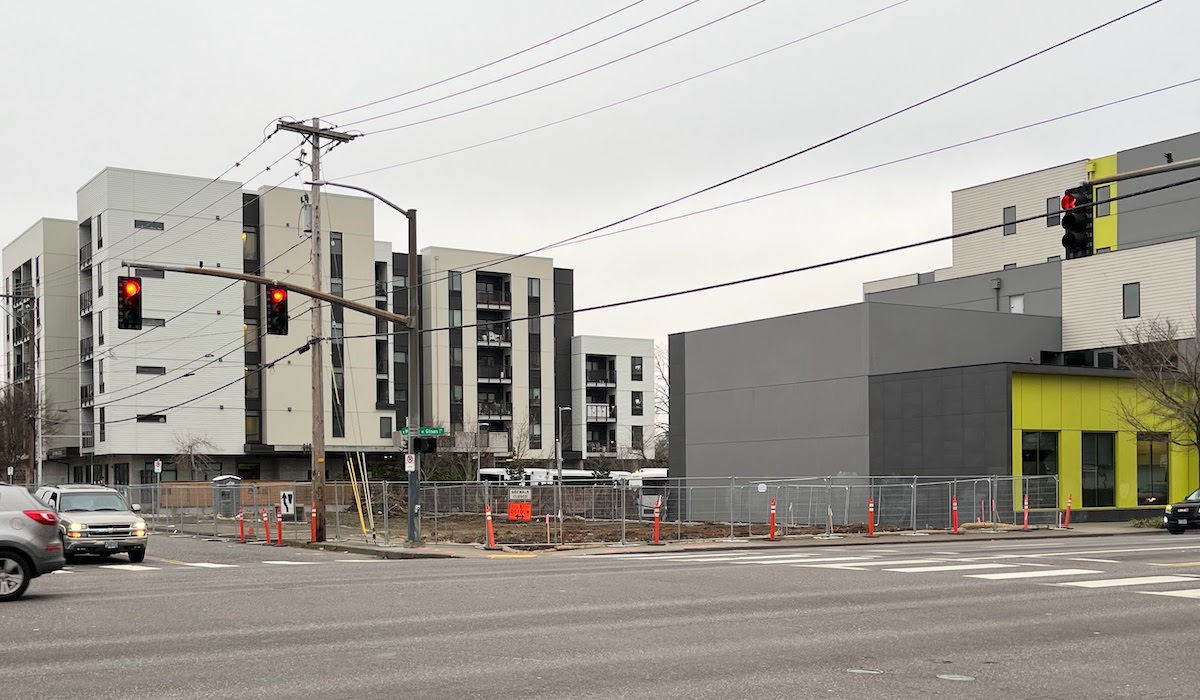 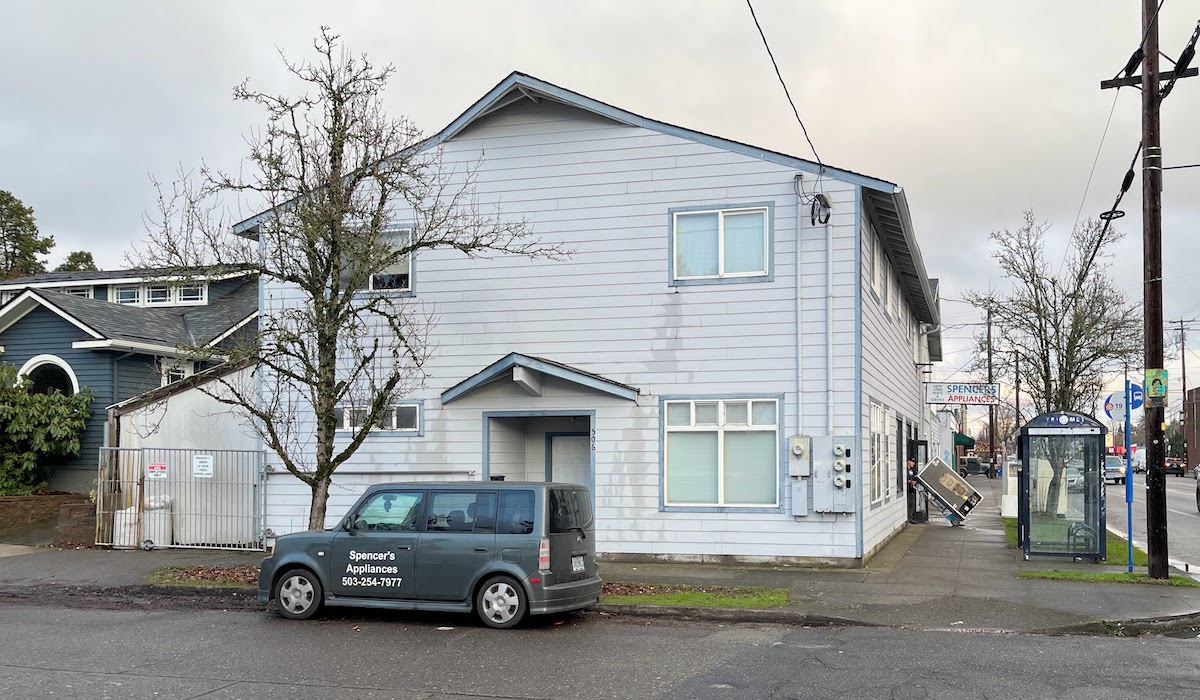 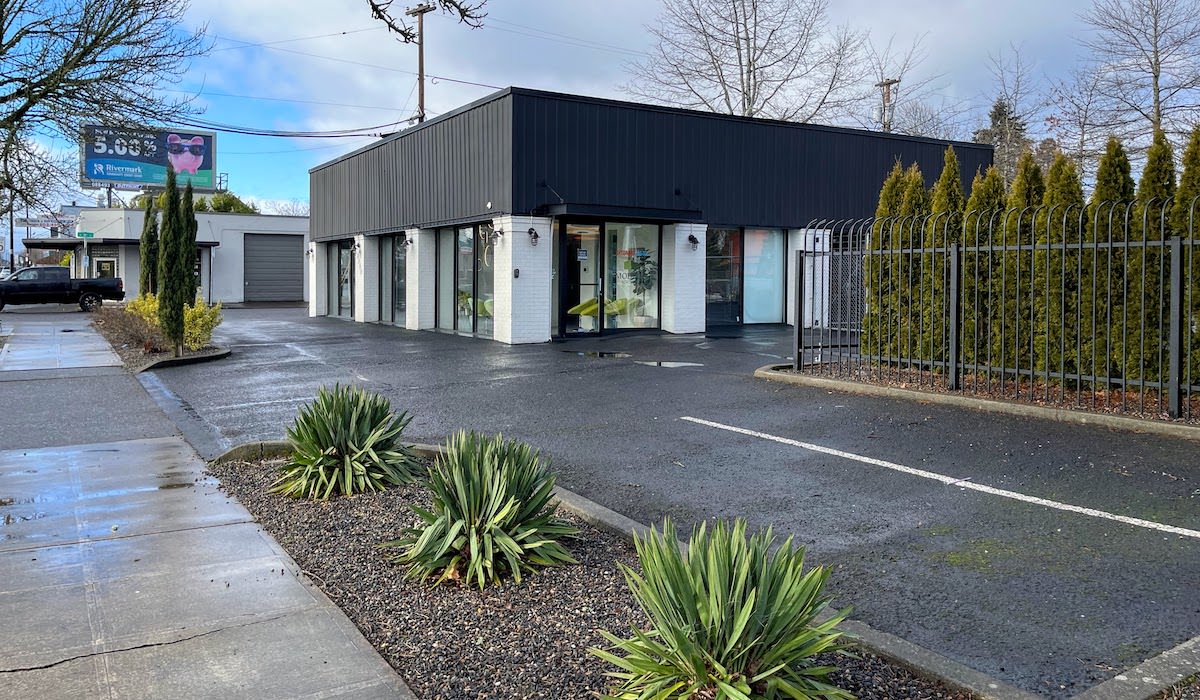 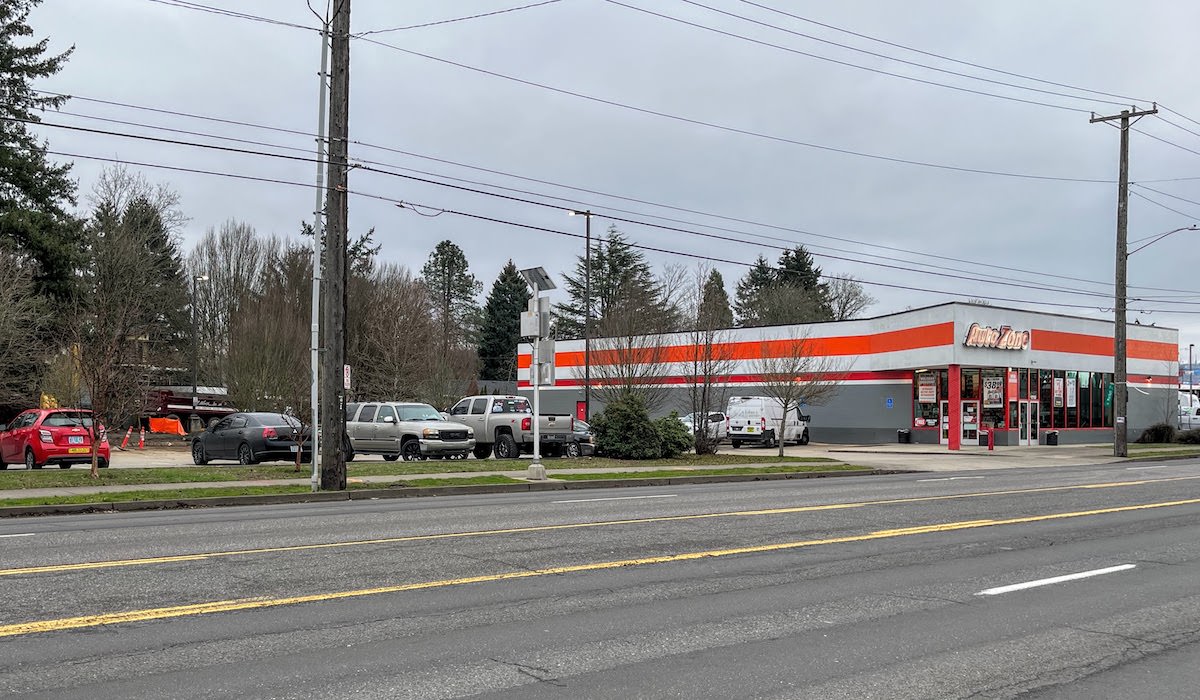 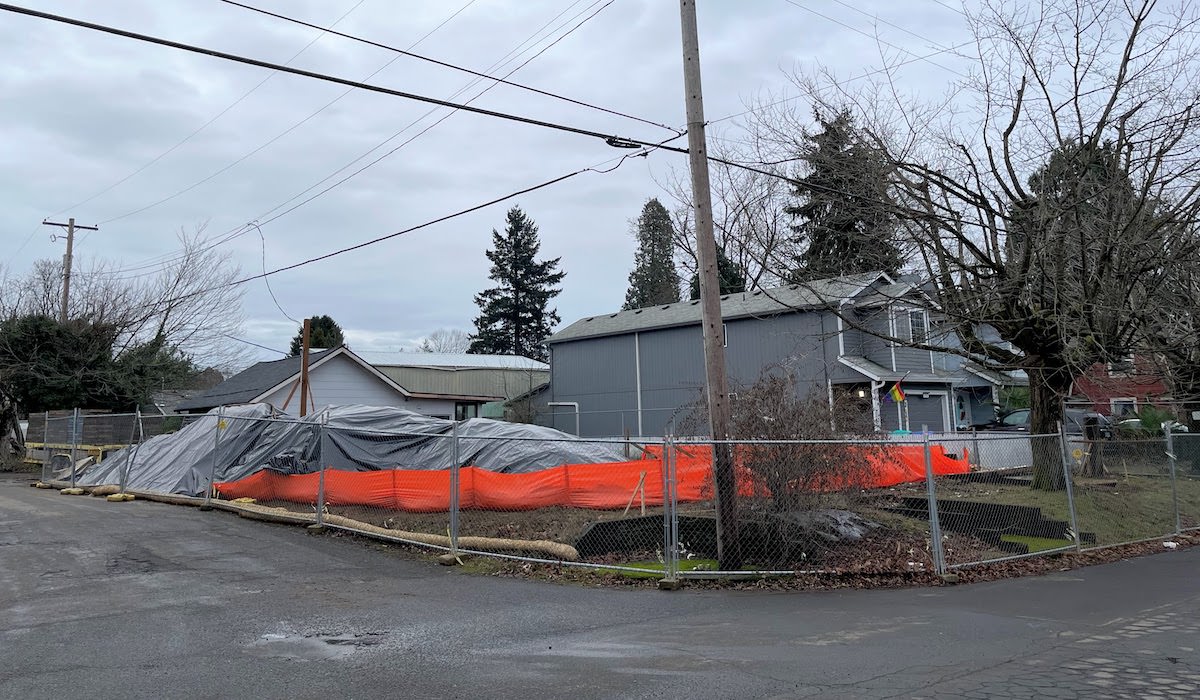 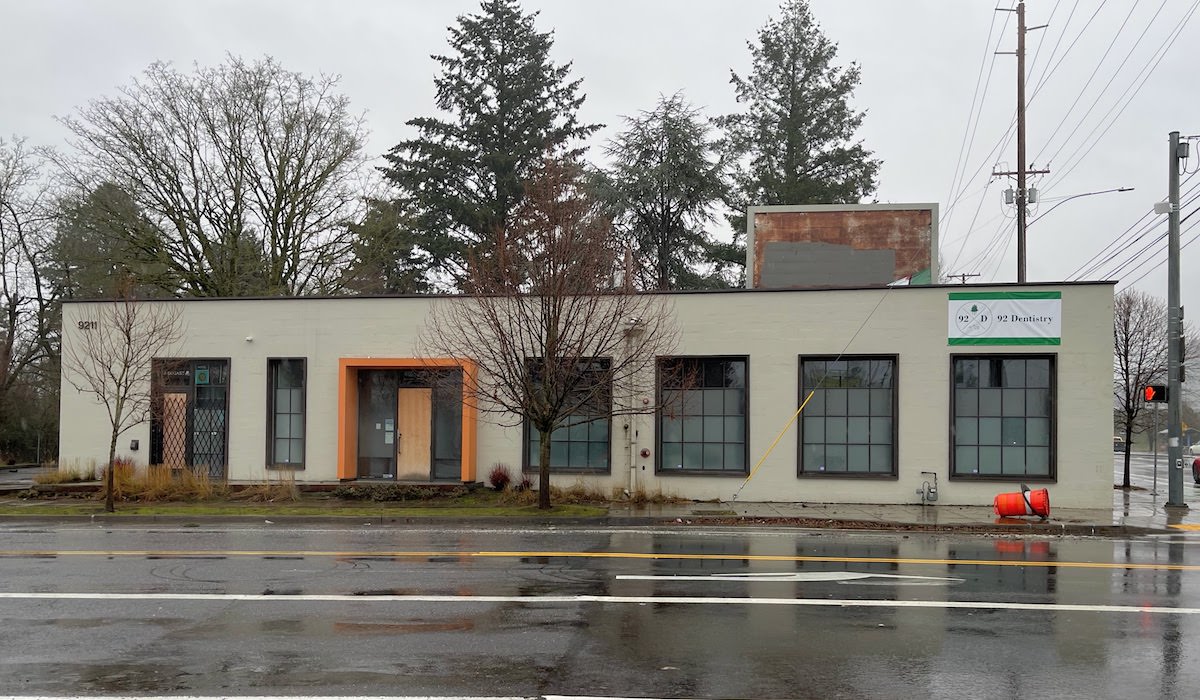 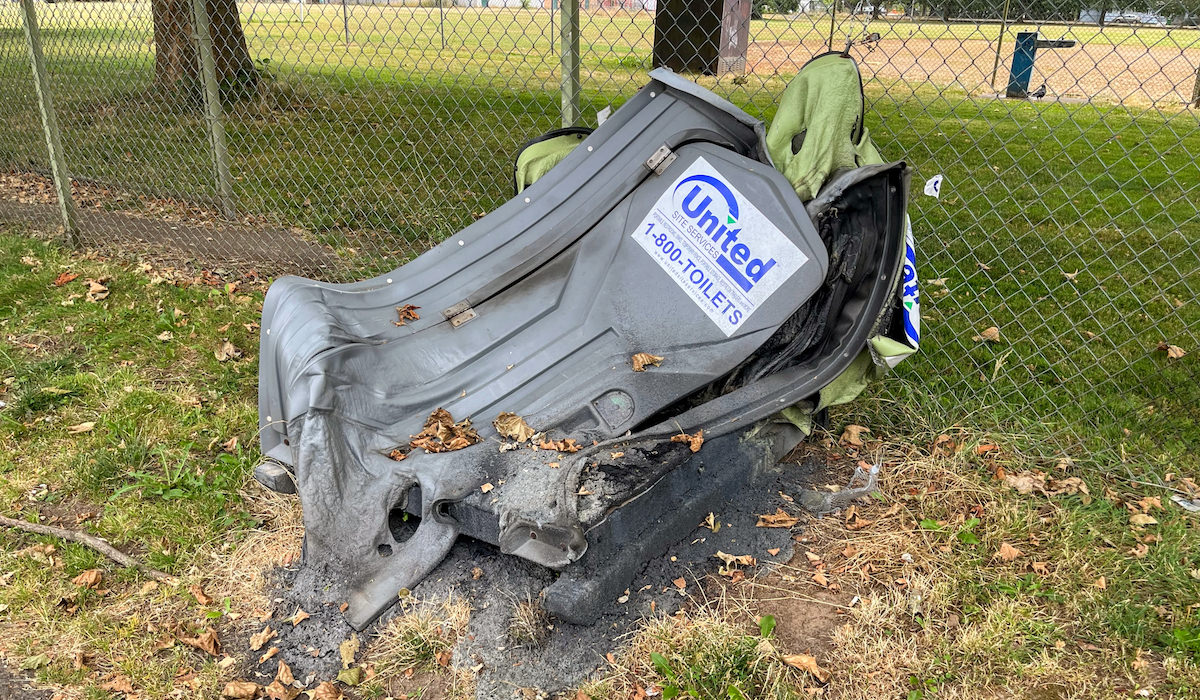 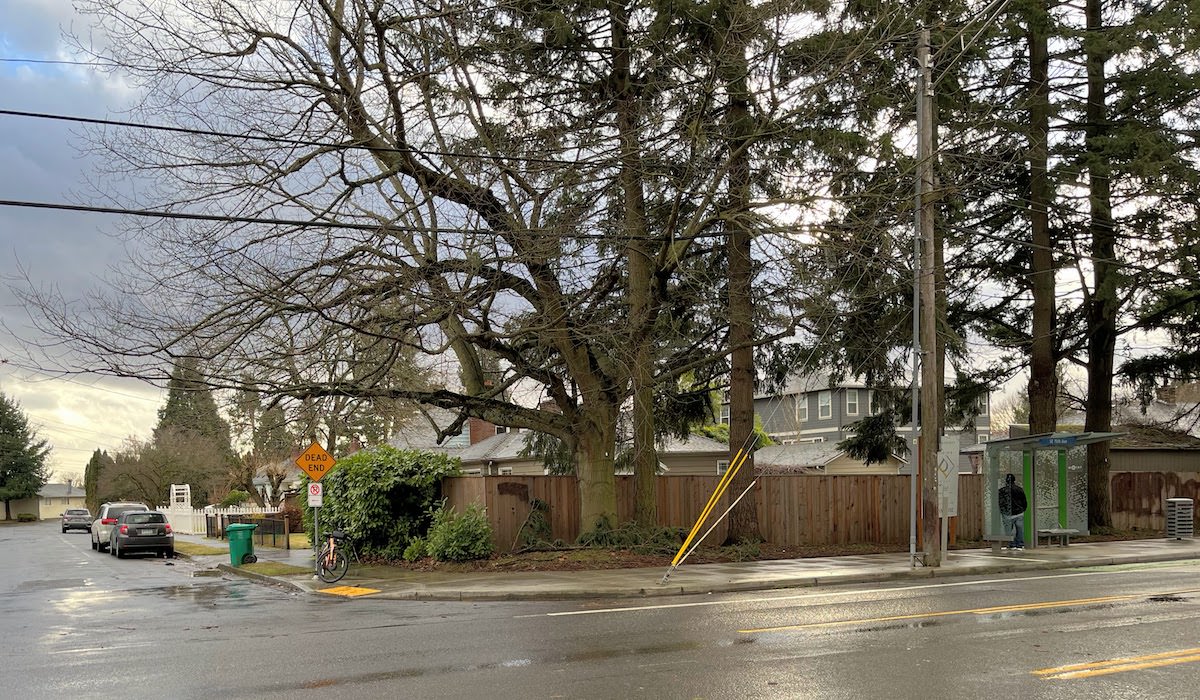 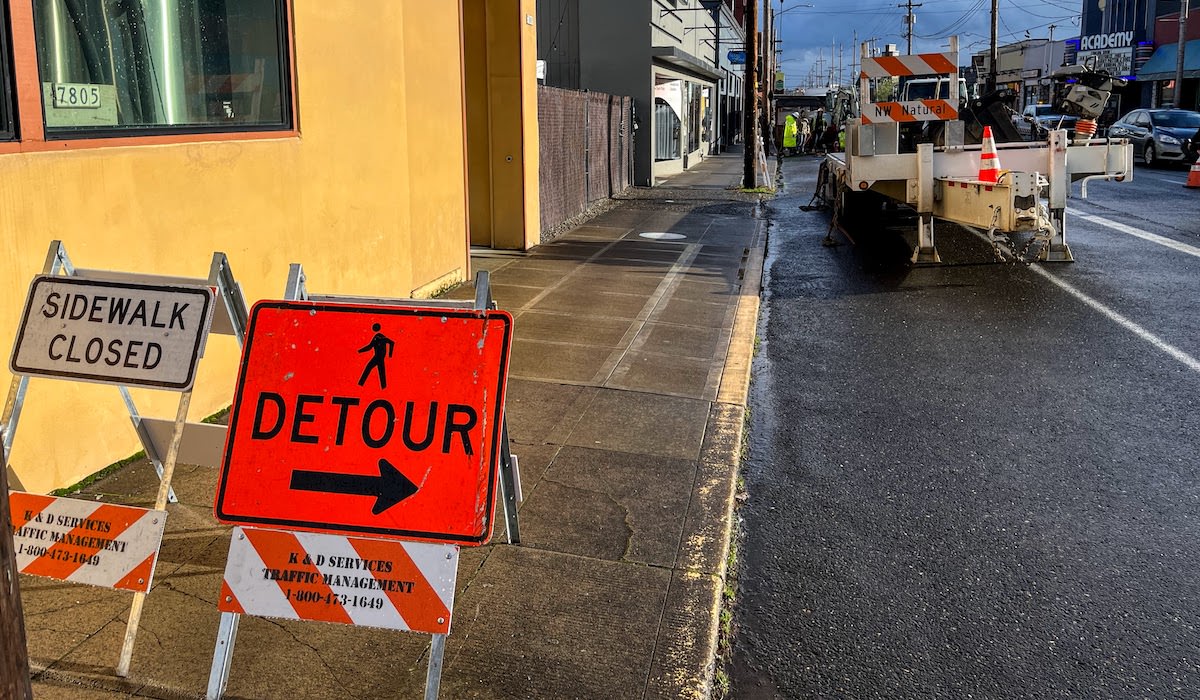