After nearly two and half years sitting vacant, the former Canton Grill property at 2610 SE 82nd Avenue will play a significant role in the district’s transformation. The owners of the iconic restaurant recently accepted the Asian Pacific American Network of Oregon‘s (APANO) offer to purchase the 47,265-square-foot site. Next month, APANO staff will begin public outreach and use those interactions to inform redevelopment plans.

APANO’s Community Development Director, Duncan Hwang, explained that acquiring the site became a priority for his organization soon after the restaurant closed. That historic eatery operated near the corner of SE 82nd Avenue and Division Street for 76 years during the height of the car-centric era. Consequentially, the location’s parking lot is four times bigger than the building’s footprint. That underutilized space has the potential to support density housing above additional commercial storefronts. A handful of recent developments in the area embracing a modern mixed-use multistory design. Those buildings feature deemphasized parking and provide pedestrian-scale ground-floor retail units with apartments above. However, those projects are still rare on 82nd Avenue. According to Hwang, the site could just as easily become a chain pharmacy store or another low-density shop. Buying this property allows APANO to secure this site before other groups lock up the parcel for another 50 years. With the guidance of the community, they intend to deliver a building that enhances the district and furthers the transformation of the former highway into a Civic Corridor.

The Canton Grill property sits across SE 82nd Avenue from APANO’s headquarters in the Orchards of 82nd building. That mixed-use project was the group’s first expansion into commercial development through a partnership with Rose Community Development Corporation (Rose CDC). APANO manages the retail space on the ground floor, and Rose CDC runs the affordable housing above. That successful endeavor encouraged the organization to expand further into development. Earlier this year, APANO announced another partnership for low-income housing on the nearby Portland Community College (PCC) campus. “We are also going to be working with Just Future on 120 units at PCC Southeast. Between the Orchards [of 82nd] and PCC, that’s almost 200 units of affordable housing,” said Hwang.

APANO’s development work supports the community’s need for socially guided projects while filling a niche underserved by current programs. “We did a strategic planning process about two years ago looking at needs and gaps for the Asian pacific islander community in general, and one of the gaps was there wasn’t a culturally specific housing developer for this community.” Said Hwang. APANO staff found that senior living and supportive housing did not account for differing tastes in Asian diets or preferred exercise classes. They also found that the physical design of buildings posed a lasting deficit in housing accommodations. “Spaces for family kinds of interaction is a desired, and then also a lot of our elders are shorter, so having cabinets that are better accessible and things like that has also come up as design elements.” APANO hopes its expansion into development will create a more equitable housing market in the region and fill those identified gaps.

APANO purchased the property with American Rescue Plan Act (ARPA) funds allocated to the organization by the State legislator. That money was expressly set aside for community-supporting property acquisition, allowing the organization to make a cash offer for the Canton Grill land. Duncan Hwang believes they were not the highest builder but expects that his organization’s commitment to redevelop the property responsibly influenced the Louis family’s decision to accept their offer. “The history and legacy of this family and this site is not lost on us,” said Hwang. APANO hopes to retain the 95-year-old restaurant building that has helped define 82nd Avenue. However, they will use community interest in preservation and the assessed structural condition to determine how the single-story building will fit into the larger redevelopment project.

The future density of affordable housing from the Orchards and PCC projects presents an opportunity to expand uses for the Canton Grill project beyond traditional low-income housing. Hwang explained that they want to engage in “a real thoughtful conversation about the type of affordability that we want to see at that particular site.” He sees an opportunity for a mix of market rate and workforce housing above affordable retail as a possible use. The revenue from market-rate units can subsidize the affordability of the rest of the project while adding diversity to the area.

Duncan Hwang framed this redevelopment as a blank slate project, emphasizing that public outreach will drive many choices for the property. However, goals for the site will dictate some limits on the housing types considered. “I don’t think there’s any world where we’d build luxury market-rate condo-style things,” said Hwang. “It’s really about how do we maximize community benefit, which definitely includes housing. But how much? I think it depends on the size of a plaza or green space, commercial space, and all that.”

Regardless of community direction, providing resiliency to the population center will become a vital feature of this complex. That could include a solar panel covered parking structure that would function to reduce energy demands from residents and act as an emergency public charging station in a natural disaster. Resiliency design could also incorporate warming and cooling facilities for use during extreme weather events.

Outreach will begin on December 15th with a public forum at APANO’s community space. Staff will also reach out in other ways around the same time. “We’ll have a survey going out shortly as well, and in multiple languages. It’s going to be focused on unit mix, commercial space usage, and the sort of services that you want to see,” said Hwang. They are moving quickly because funding opportunities happen at set intervals. “If we want to maximize affordability and go for low-income housing tax credits, that’s on specific cycles. So we might be able to get into the next cycle next summer.” That deadline may not be an issue if the public supports market rate and workforce housing, but that determination will happen over the next few months, and APANO is keeping all options open. Interested people should look for opportunities to participate in planning efforts on APANO’s website or social media accounts. 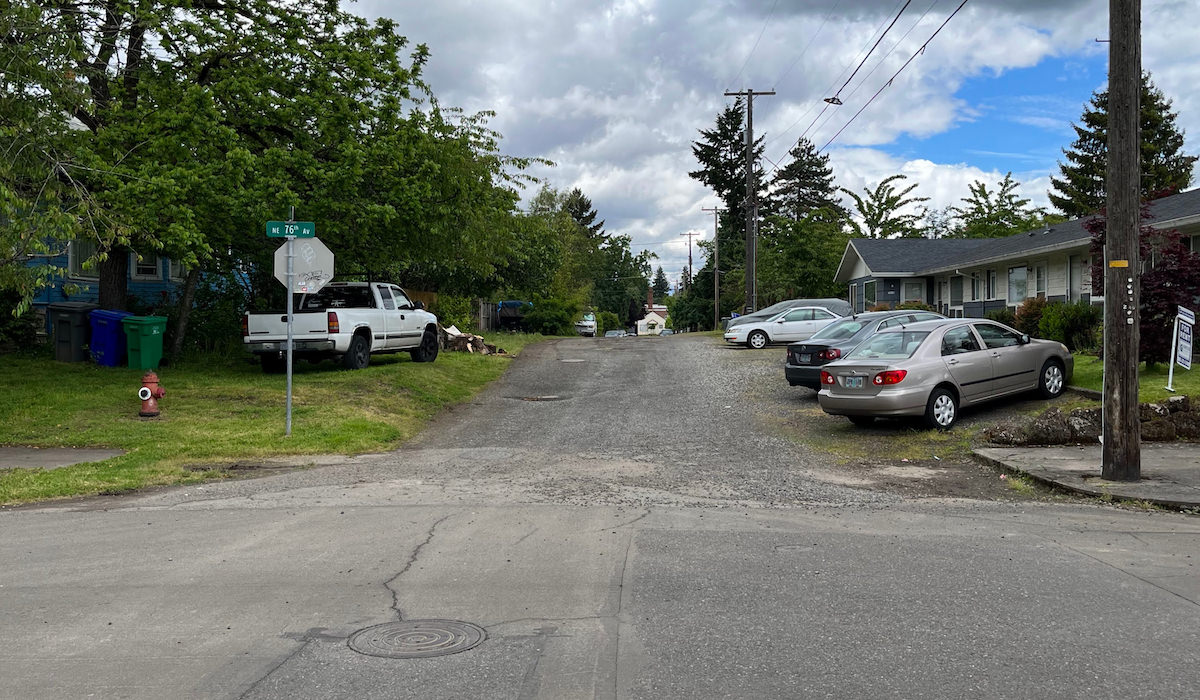 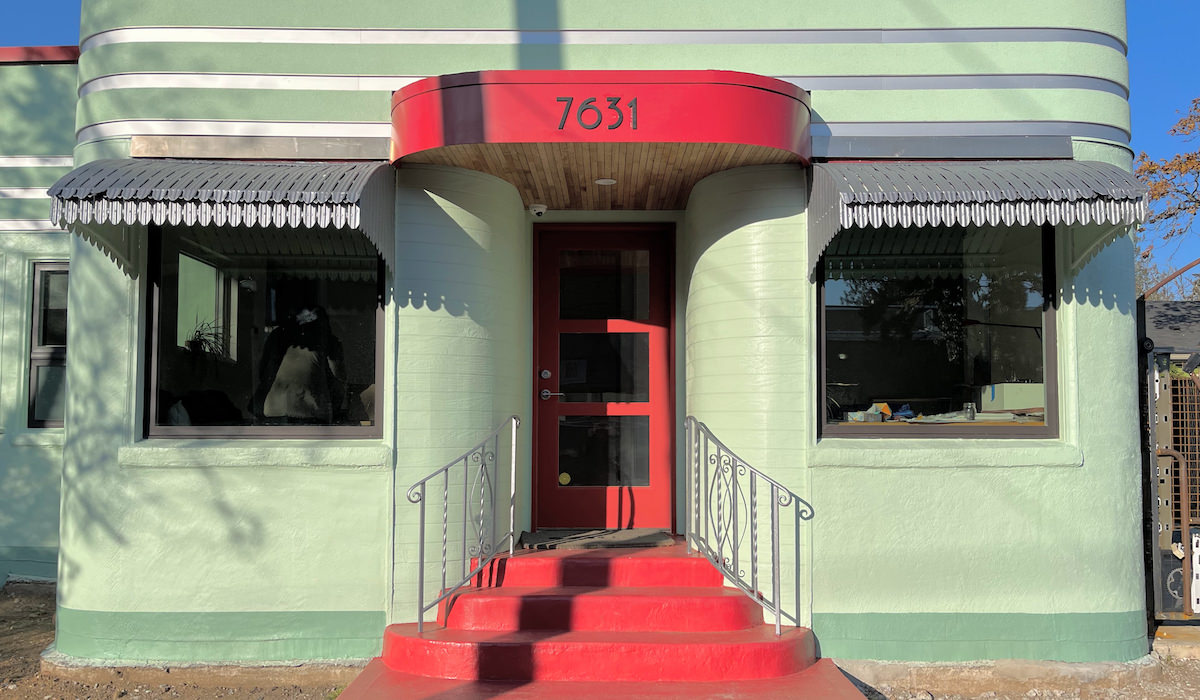