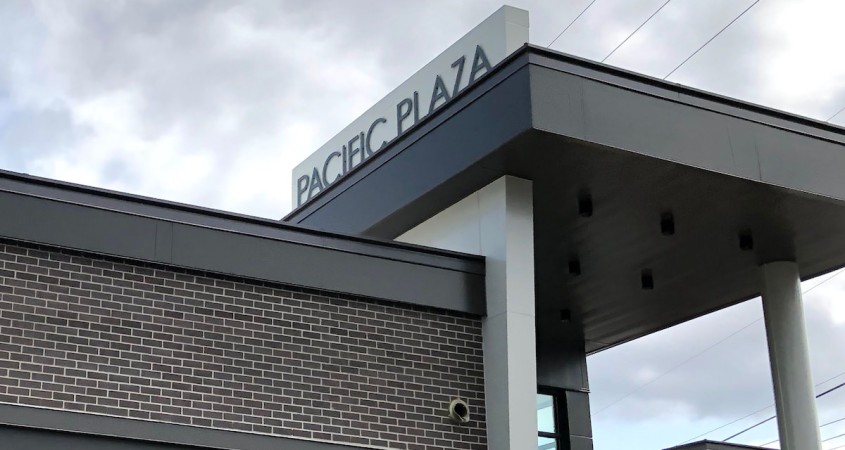 Pacific Plaza anchors the busy intersection of 82nd Ave and SE Division. The new retail building finished construction this week and is now seeking tenants. This building represents a significant advancement in the area’s redevelopment, as it transforms into a pedestrian-centric commercial corridor.

The retail location, clad in dark brick, features a towering central entryway of glass and metal. Both design elements draw the attention of people passing through the intersection. The building owners, CSS Properties, choose the material and color pallet for this building carefully. CSS Properties “had a really clear idea about the materiality. They are big fans of masonry and this dark-colored brick that they chose… They had a vision about the two street-facing elevations. Break up the massing somewhat with the parapet line.” Said Nathan Junkert, Project Manager with Scott Edwards Architecture. They knew it would be highly visible and wanted to attract people into the structure.

Part of drawing people into the building starts with creating an open area in front of the building. “We carved out a little bit of space around the bus shelter and main entry to respect that public-facing side of the building.” Said Junkert. Extra space at the corner not only makes the intersection safer for pedestrians but creates a comfortable location for people to transition between the building and street.

Pacific Plaza’s use of a double hight center hallway is a distinctive feature for a multi-tenant retail building of this size. Tenants can utilize both the interior and exterior entryways for their business. Having an indoor promenade in addition to street-side storefronts will expand foot traffic opportunities for shops and restaurants in the building. The hallway connects two enlarged entrances on either side of the structure and bisects the building, creating a north and south half.

Currently, the hallway and utility room are the only completed interior spaces within the building. There are no shared restrooms for the property; each tenant will need to create their own facilities. Both halves of the building are continuous, from front to back, and only crushed rock lines the floor. The retail space is left unfinished to allow future tenants the flexibility in creating their store’s layout. Plumbing for water and sewer extends into each perspective space. Electrical service also is stubbed into the building, connecting to each retail location from the meter-bank outside. The structure has entryways to support up to 14 individual retail establishments. However, tenants will likely occupy larger storefront sections and reduce the building’s overall number of shops.

According to Alexi Meuwissen, Director of Marketing and Business Development with Scott Edwards Architecture, CSS Properties are actively seeking specific prospects. “The owners do not have any tenants secured yet, but they are targeting the following: Starbucks, Subway, Verizon, FedEx, and physical therapy.” Building designers envisioned food service as a potential use for this site. “Grease interceptors are already installed. It’s well-prepped for restaurants.” Said General Contractor Jef Krohn with Joseph Hughes Construction (JHC).

It is easy to envision restaurants in this location because of its history of housing eateries. This site had previously been the decade-long home to the Hung Far Low restaurant. Over its history, this corner lot supported a hundred years of successful business in Portland. That constant occupation and redevelopment complicated construction when digging drywells for the project. “When we did dig this thing up, there was so much stuff underneath this building that had been here for hundreds of years.” Said Krohn.

Further complicating the construction of the building was its proximity to the building at 8245 SE Division Street. That structure is within 14 inches of Pacific Plaza’s east wall. Being so close to the building prevented them from installing brick veneer from the outside of the building. That restriction required switching building materials from a standard steel frame structure to a structural brick wall on that side of the building. “We had to lay all the brick from the inside,” explained Krohn. Scott Edwards Architecture had to adjust the plans as the project was underway. “We had to think on our feet,” described Junkert. The outward appearance is indistinguishable between the two types of wall construction. However, it was an example of the unseen challenges they faced.

Another difficulty for the project came from COVID-19. This project completed in just over seven months, despite being in the middle of a pandemic. During the crisis, steel suppliers shut down, forcing builders to seek out new sources. Workplace safety policies frequently changed during the project, creating delays from adjusting to safety rules and sourcing different protective equipment.

Regardless of challenges, the project team is pleased with the timely delivery and quality of what they have created. Buildings replaced as part of 82nd Ave’s revitalization can create some public concern. There is an understanding that new structures are shaping the maturing character along the street. Junkert expressed his desire that the building’s placement and design will complement the neighborhood. “We are hopeful that occupying the corner and building out the street frontage will have a positive effect on 82nd and the Jade District in general.”

More people are living near this section of town, and not just driving to it. The building is a successful compromise between 82nd Avenue’s history as a car-centric street and its future as a pedestrian-friendly community space. Pacific Plaza has a healthy amount of onsite parking, accessible from 82nd Ave and SE 83rd Ave. Despite parking availability, this building focusses on pedestrians. Every side of this development has large windows and entrances to the property. It will have activity in all directions and encourage people to travel through and around the building.

CSS Properties had ideas of what type of businesses would fit here when the project begin. However, COVID-19 has shifted those expectations towards a greater variety of possible occupants. They are willing to work with any interested tenant and are devoted to making the building suitable for prospective businesses.

Pacific Plaza represents an accelerated transformation of both 82nd Ave and SE Division. This area once had only business lining the street, and they catered to automobile access. With the opening of the Orchards of 82nd apartment building at this intersection, the area is firmly a community of residents and businesses. The shops of Pacific Plaza should expect local customers to travel on foot and create an establishment serving those customers’ needs. They have an opportunity to further transform these cross streets in a positive direction by providing services for both residents and visitors. 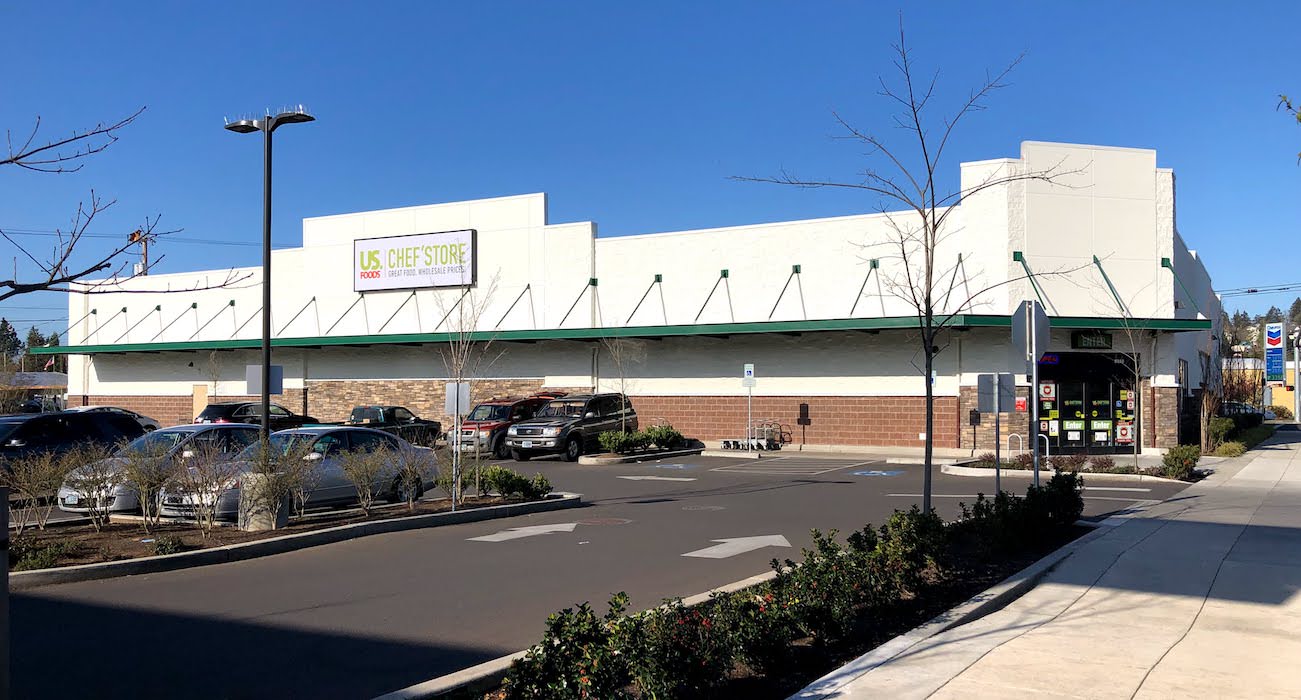 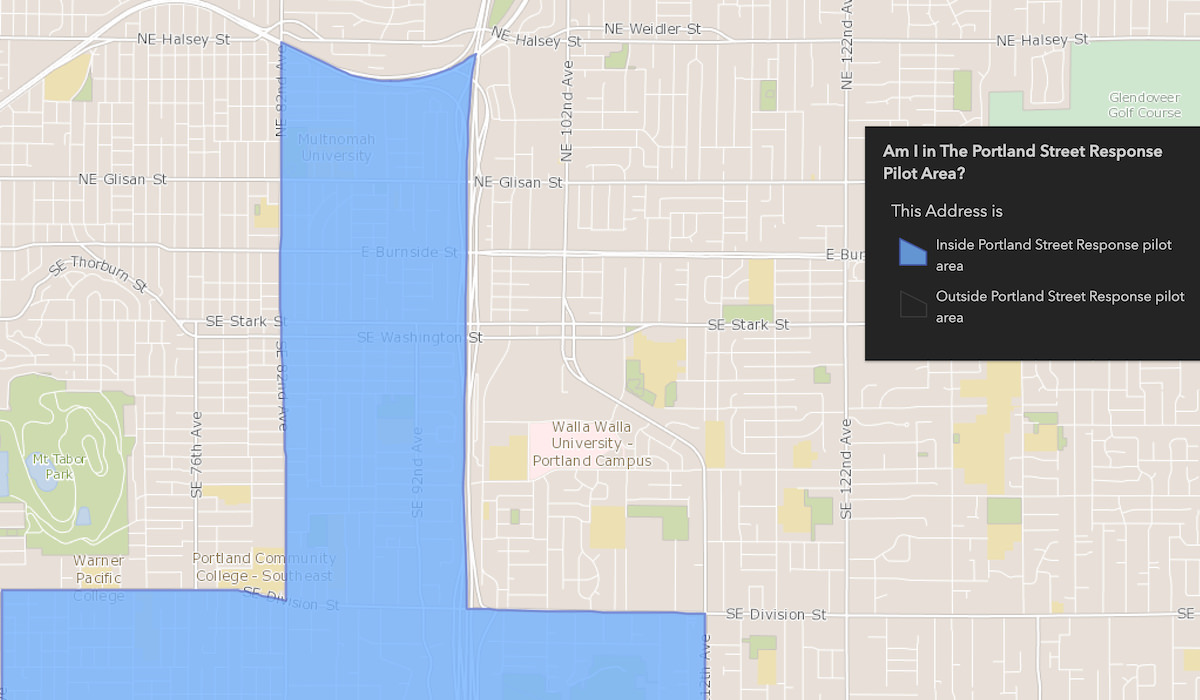 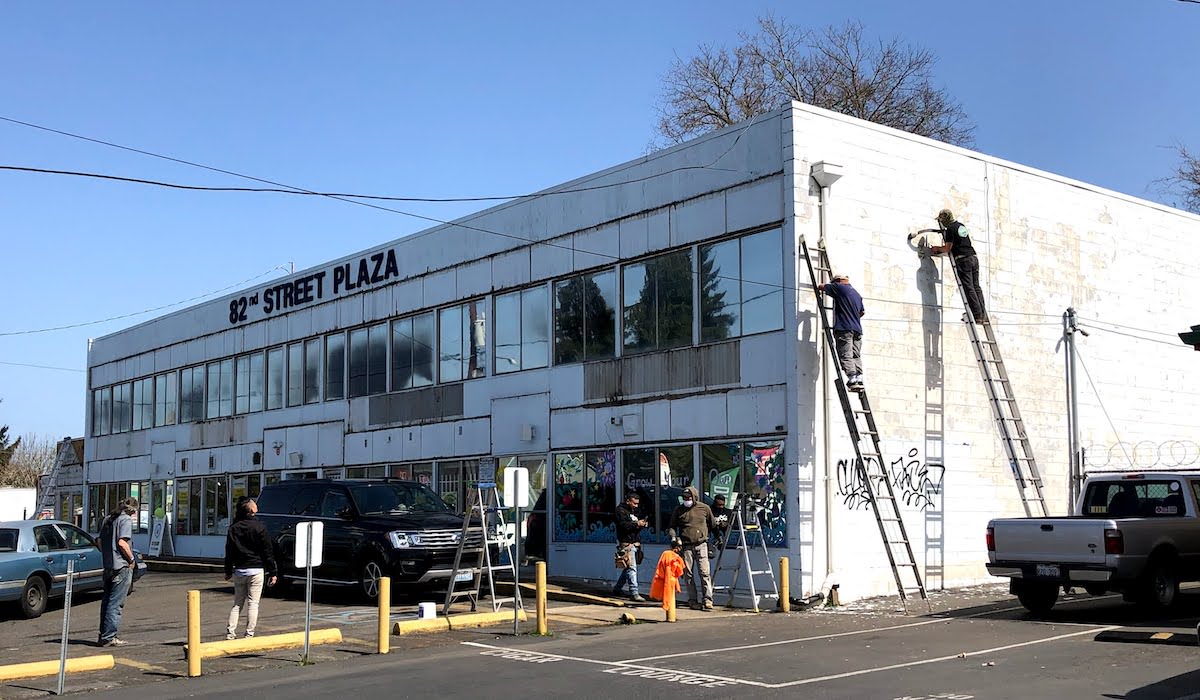 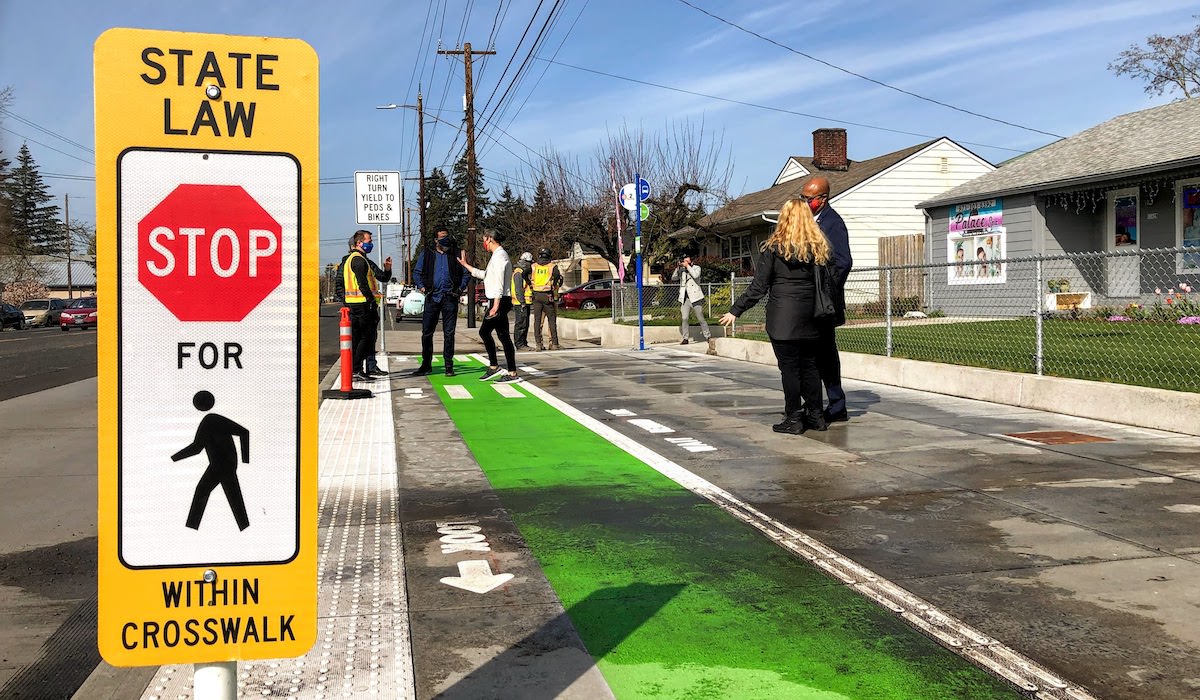